I wanted to mention what a great time we had on Josh’s birthday. Super photos via Harvey that have taken me over a week to fathom how to use Dropbox again!!!

Even now not sure how I managed. He helps me, in the same way I help Grandma Shirley. He’s up to speed in the IT world as any 25 yr old is – my brain is plodding away as a mum 30 yrs older, & then poor Grandma a few paces behind in her 80’s. 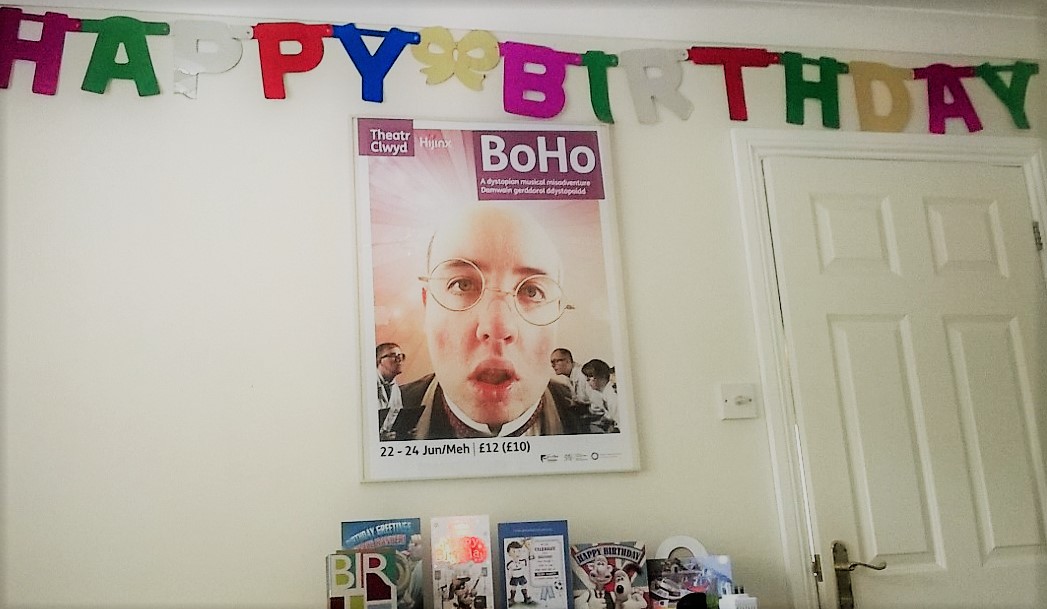 So back to Josh’s birthday. He was at home for a few days which was lovely as Harvey could join us us for a catch up & rest.  Part of the fun & excitement of a birthday for Josh is the anticipation of the event. This year he mentioned he would like some ‘banner’s !! so a quick call to Tesco’s we managed to get some lovely bunting ( which is now decorating  George  ( his rocking horse made by Grandpa).

We managed to get his Boho poster framed- so that was a great photo opportunity to have photos taken by this poster of Josh or ‘Bob Shoeman’.

I bought Josh a few new CD’s for Josh- Bee Gees, Saturday Night Fever, as I am trying to maybe introduce some alternative music in the future to Josh’s Karaoke agenda. A few of the tunes he knows already from Steps like Tragedy- so perhaps will be fine. He loves Abba, Steps, S club 7,- but never anything current. Luckily loads of these groups keep reforming- so he is managing to to see them live. Double that will happen with ABBA, but its Steps in November.

Funnily he only likes Karaoke at home with us- or normally me. Just 4 songs, & at 1 pm. Doesn’t want to take it to his bungalow. I have probably said all this before- sorry! 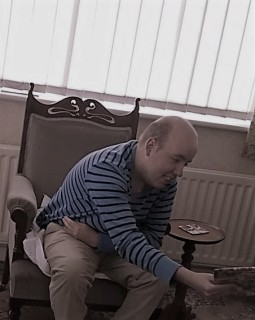 It was quite funny when Grandma was handing her presents to Josh. He read each label quite carefully, & after about 3  or 4,  he said,  ‘another one from Barnardo’s’! ‘Why are you buying them all from Barnardo’s’. She had looked high & low for some labels & in the end used these old Xmas Barnardo”s stickers.  It did make us laugh, as she passed him another parcel, ‘Oh one more from  Barnardo’s’. 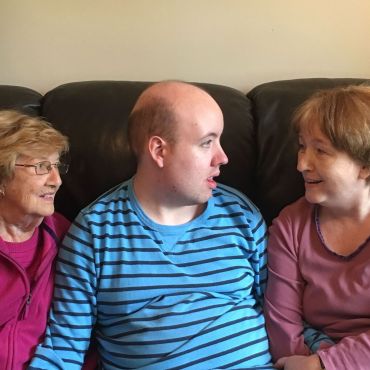