Last time I wrote Harvey was madly packing- but things were in some sort of order.

But as per usual- things went into disarray. Firstly both Julian & I were ill. He had a flu/chest thing that is going round the valley if not the UK striking healthy people down for a few wks. Then I got yet another UTI. So off to drs & more antibiotics. The shipping  to Australia that was meant to take place before Harvey went away, was delayed to a date after he’d gone – so he had to move all his worldly goods from his house by several car trips- as both parents were proper poorly – sorry . And his flat had to be cleared out NOW.

Josh was at home with us for a few days, & there were boxes of stuff everywhere. Cases being packed to keep H going for 12 weks until shipping arrived. it was all rather exciting- except we felt so ill.  The days went quickly & soon he was was leaving at 6am ready to go catch his plane. Josh & I lined up in the hallway in our dressing gowns with one eye open, saying our goodbyes and soon waving the car up the driveway.

For the next few weeks we heard stories via text & the phone as he experience travel through the different time zones. And I’m learning to text about his days work, whilst I’m having breakfast.

It is early days. I’m sure the longer we spend time away the more he’ll be missed- but for now life just seems to move onto the next drama.

And to the next drama…………maybe that is a long enough blog – so I will leave until later. Until then feast your eyes on our sons photos of his new adventures . In future I will leave him alone. 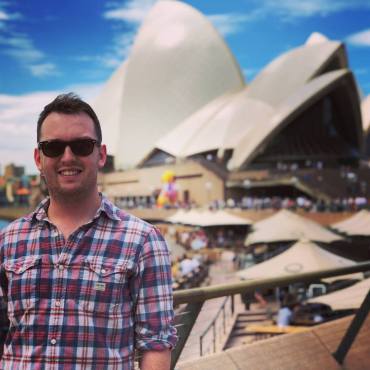 It is a small world they say. Coincidences I think that refers to. Well my nephew and family live in Sydney too, and what a coincidence for his sons nursery to be in the same building ,on a ground floor of the tower block Harvey now works! That is a small world.

I would love to have told my mum that bit of news. She would have expressed great pleasure knowing her grandson & great grandson albeit on the other side of the world were perhaps bumping into each other.