Last week was crap- seriously rubbish. And could have been a lot worse ‘believe you me’ (what ever that means).  Perhaps I was exhausted ( a mixture of my UTI, MS,H going to Aussie, & Josh here a week) in face I was very tired. On the Monday I attended my routine dentist check up, came home- it was lunch time- I was both tired & hungry when the phone rings. 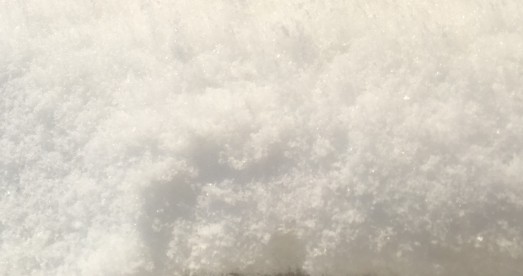 It was the bank informing us a large amount going from our bank for ‘Art supplies’ £2,500 today. Did we know anything about the transaction. ‘No ‘ Julian says but he is wary -who the caller is.  At this juncture I should have gone and got a HSBC  statement and rang their number. But I didn’t . He fooled me, by ringing me back with banks number showing in the caller display.

If anyone is ever rung out of the blue with a warning of unusual amount going from their banks- don’t be fooled with any number that shows  up in caller display. They can somehow show false numbers. I was scammed. 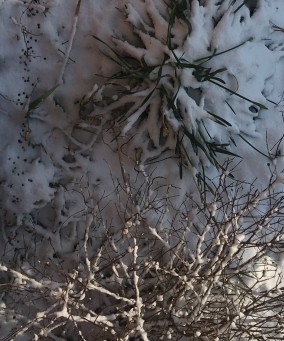 He was such a great Scottish guy, so believable. I was a prat. I feel violated. He managed to make me think he was helping us, but was scamming us. They worked in a team . I had phone calls from first Direct so between the two they were moving thousands from one bank to another & then out. They never asked for passwords, but when asked I gave them our internet bank username! I pressed buttons quietly on the secure key.

After an hour or so of this & hearing their advice how we would be sent new bank cards etc- all false info. But helped weave a story -they were helping us.

Until I put the phone down, and then the REAL bank rings- telling me how thousands has disappeared from both First Direct & HSBC.  Obviously my first reaction is to say ‘I don’t know who you are‘! I am not sure who is the the real bank who is scamming me- it is chaotic.

Get the details from my bank paperwork. And it is true we have been well & truly scammed.  They tell me numbers, names, I don’t know the names, the figures are gross, £5000, £6000. And so reality hits home.Over ten thousand gone. We have to go through the whole story,  again and again -get crime numbers from the police . On the phone till 8pm. My brain is so fatigued . Told we would hear back in 7 days to hear if they money may be  refunded. 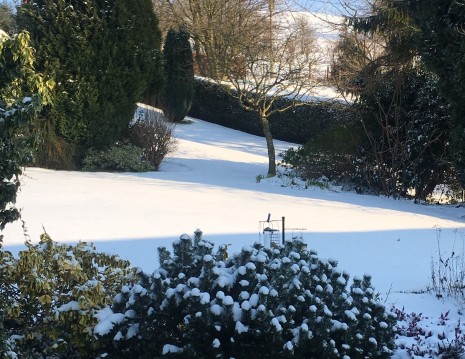 The following 7 days are full of sleepless nights, worrying days. Full of thoughts, Shame, Violated, Gullible, Stupid, disbelief. You hear these stories on the TV but it happens to other people, older people. I thought I was smarter then that. I feel it is my fault- Julian was so wary, verging on being rude- but what the hell I wish I had been rude.

I will forever put the phone down & ring people back.

I will never use secure key over the phone

I have added the software suggested by banks- ‘IBM Trusteer Rapport’.

I have added voice recognition to iPhone bank.

It was a long week- but First Direct has been marvelous . In fact both HSBC and everyone who wasn’t a scammer has been very kind. They have said this sort of thing is everywhere. I can tell it must be by the long wait in banks Fraud dept telephone cue.

The funny/sad/thoughtful ending to the story- was today. Snow bound as most of North Wales, & in fact the whole of UK is, Julian hasn’t been to the gate for 2 days to see if there’s any post. But he made the walk today, and came back with one letter & a box. A large box 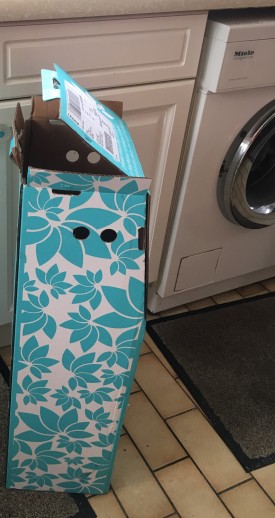 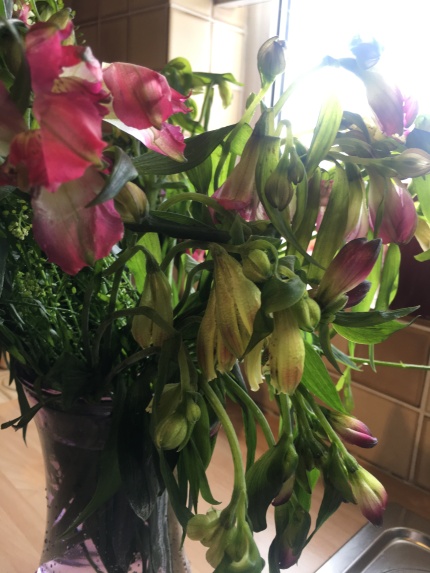 It was delivered 2 days ago- full of flowers and left at the mailbox at the end of the drive, I suppose the florist could not drive up the drive so just left them there. So unfortunately they have been frozen. Complete with purple bubble wrapped  glass vase. I did try and arrange them- but it was to sad to see them wilting.

And so who are they from.  ‘Just a little something to say thank you for being a customer- from us all first direct after some difficult times this week x’

2 thoughts on “what should have been the calm after the storm…..but was the hurricane after the storm! and I’m not talking about he weather- but I’ve BEEN SCAMMED!!!!!”