And so it was a fine sunny day yesterday- A good day to take Josh out in the new car for the first time. He said it was’awesome’ and you can’t get better than that! Was great seeing over the hedges. 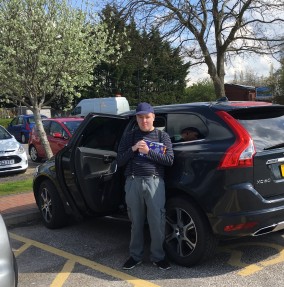 We decided to end up by the sea side and as it was early, quiet we ate inside a cafe (usually J gets so anxious nr kids he’d rather eat in the car- but looking inside cafe it was clear of any children just a few OAP’s). The food was delicious- Mmm fish & chips etc. I decided to take a photo once outside for some reason.

Three attempts & each time it failed! until the lovely waitress from the cafe came out to assist us! or me, she switched off the video, and took a photo with my iPhone. As you can tell I am still in a learning stage with the phone.

Afterwards we ended up by the seafront having a icecream and it felt quiet Spring like. 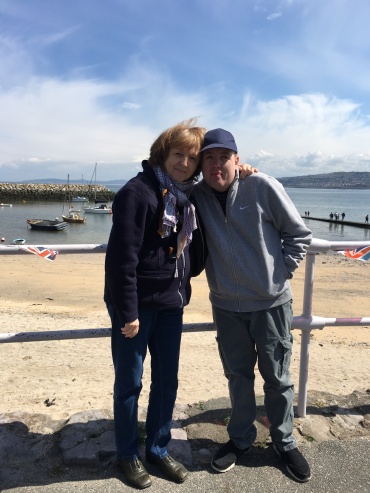 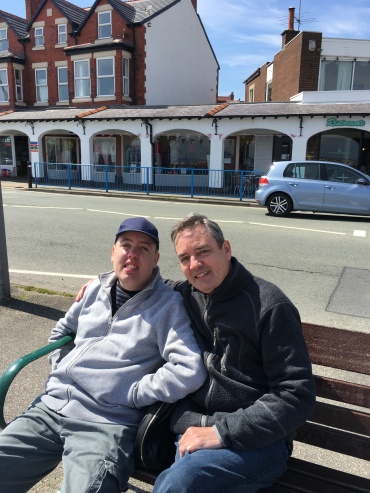 Later we bought a few more items for Josh’s bathroom- a new cupboard, and because a member of staff had chosen turquoise bathmats ( which I would never had done but looks marvelous) we continued the theme with turquoise toothbrush holder & even matching toilet brush set! 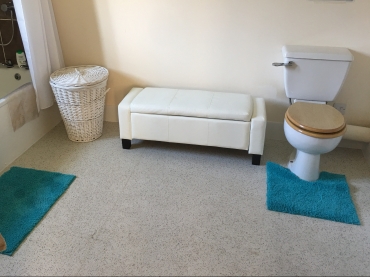 Josh was good humored and we had a nice day. Later in the week it will be his PCP (Person Centered Planning ) meeting again- so we will see him then for a discussion on how his year went & what’s planned for next.

A few other photos I took this week. Spot the bee in purple azalea bush? 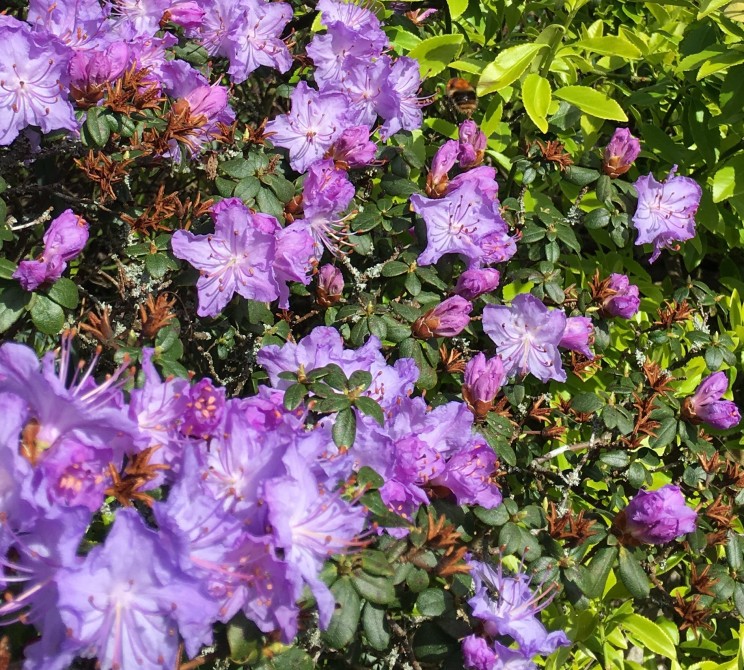 The Robin was feeding her fledgling -it had a been a great photo with it’s beak wide open – but of course by the time I had found my iPhone, then got it to take this photo- the bird shut it’s mouth- then flew off!

2 thoughts on “IT skills……still pretty hopeless”